„Our people have lost plenty. There are no beaches that have not tasted our blood - in the past we ruled the shores of the South.
Now we are hiding on our island. In the past our cities lied far to the north. Now they are covered in eternal snow.
They were taken by merciless Amarok, and his wolf legions…

Today we mourn our chief's passing. But we shall mourn no further, for we have chosen a new leader. May he lead us towards glory!”

Amarok: Blood of the North is a team project, created by Bit&Bites Gamesand lead by Adam “Kryzz” Seredyński and Marcin “Adrap” Parda. For years we were independent hobbyist game designers and now we are working together on a single project.

The game is a 2D RPG with innovative and original mechanics. Our main goal is to deliver a high-quality game with a large and carefully crafted world. The game will have at least 20 hours of gameplay and will be released in 2020.

The game features a protagonist named Arne - a young sorcerer who was forced to abandon the home island of Skandvik for four years. Now he returns to the funeral of the chief of the Skands - his father. His true goal, however, is to find his younger brother Arte - and take him out of the island. But a storm gathers on the horizon.

Despite the efforts of staying out of the Skands' affairs, Arne will be forced to choose a side in the upcoming conflict that will reshape the order on the island and the entire North.

Great changes bring opportunities. The story, however, is not about grand-scale, world-changing events or enigmatic antagonists. Our focus is the heroes of the game, who are the driving force of the narrative.

Amarok will portray a plethora of distinctive characters, each with their own way of life, personality and ambitions. Ten of them will be able to join Arne’s party, should he manage to gain their loyalty.

Characters in Amarok differ in beliefs, faith, convictions and political affiliation. Making a compromise between radically different views may be impossible and Arne may stand before a difficult choice - who to trust, who to take along way?

A mystic from the far South won’t stand a cynical mercenary or a believer of a different faith. Circumstances will sometimes force them to rest together around a single bonfire, where many discussions and personal stories will be heard.

The game takes place in two cities on the opposite shores of the Mirror Sea – in the patriotically named Last City of Skands, and Torin - a mercantile city-state ruled by a weak-willed prince. Both vast and richly detailed cities are caught in the middle of a struggle for influence between major factions - the Eternal Empire and the Noble League, as well as other powerful, hidden parties.

Both cities differ not only in climate - one in the cold North, other in warm and wet climate of the South - but also in culture. Skands are a warlike nation, but they suffer poverty since invasion of werewolves four years ago. Torin is a wealthy, multi-ethnic city, where only thing that matters is money. The city however is tornby gang wars, corruption and foreign influence.

The world of Amarok is not simply architecture. The day-and-night cycle has an impact on how the game plays. When night falls, ferocious beasts come out of the shadows. Some plants can be only collected at certain times of the day, and ominous will-o-wisps appear at night.

The combat in Amarok is a turn-based sideview battle system with animated characters. Each potential companion has a unique fighting style, for example the ability to cast stronger spells as more mana is depleted, or to shapeshift into a hydra or a phoenix. This system is based on “class points” - Focus, Faith, Fury, and Meditation, which are gained by different means during combat. We also introduced other systems, like dodging mechanics based on accumulating evasion with every turn, which offers another layer of tactics.

The game will also feature a couple of side systems, like lock-picking, various minigames or puzzles. Most important, however, is the alchemy system, based on gathering resources, extracting essences, and then combining them in the right order according to the known recipes.

Amarok: Blood of the North has an original soundtrack, made by Paweł Czarnowski - main composer, and Adam Dzieżyk - secondary composer. There are 30 tracks, summing up to 60 minutes of playtime.
The main goal of the soundtrack is to add a specific atmosphere to the world, so there’s an emphasis on ambient compositions in locations and tracks with drum sections for combat themes. Instruments and themes used are inspired by the story themes.
You can listen to the main theme below and all disclosed tracks on soundcloud and youtube.

Sites where you can follow us:
Game's page on GameJolt 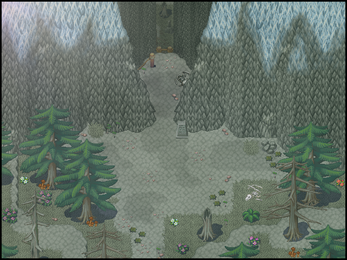 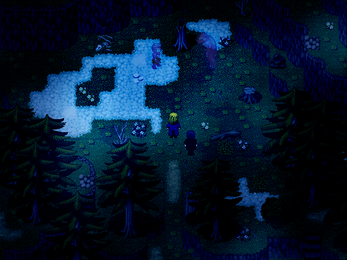